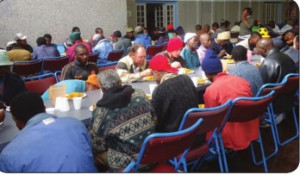 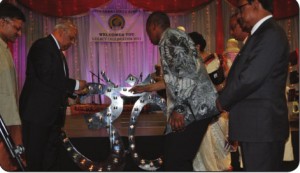 The Arya Pratinidhi Sabha has embarked on a grassroots initiative to teach the performance of the Havan Ceremony in its simplest form to the communities at large. “Bahu” means many and “Kund” means vessel. The idea is to have Yajnas where many people can participate. Highly successful Bahukunds have been held in Pietermaritzburg, Chatsworth, Shallcross, Phoenix, and Asherville, Greytown, Howick, Ladysmith and Port Shepstone. Friday Feeding Scheme Basic to religion is the spirit of service and commitment to life. Concern for others born out of this enjoins us to give rather than exploit others and amass wealth. The Arya Samaj, recognising this basic principle of Sanathan Dharma, strives to overcome hunger with limited resources by providing a nutritious vegetarian meal to the homeless and destitute every Friday. Meals are served in the dining hall to more than one hundred people in a dignified manner with a Pundit or Pandita and other volunteers in attendance. commemoration of 150 YEARS OF ARRIVAL OF INDIANS IN S.A.  The Arya Samaj held a grand Bahukund  Ceremony to observe the 150th anniversary of the arrival of indentured Indian labourers to South Africa and celebrate the legacy of the Arya Samaj in this country.  Senior government dignitaries, Finance Minister Pravin Gordhan and Provincial Premier, Dr. Zweli Mkhize graced the function and acknowledged the contributions of the Arya Samaj, which played a key role in the positive shaping of the religious, cultural, social and political landscapes of this country.